Published by Debbie Featherstone in Discovering Series · 27 June 2019
Tags: #donothingtilitsbad
As we go through our busy lives, barely a moment to spend “in the moment” because our “thinking mind” is forever predicting what can/might/will happen (and hoping it won’t!) – not to mention remembering what happened in the past, not liking it and hoping it won’t happen again…. We do nothing until we reach that point where we have to DO something.
I see it every day in my clinics and I am guilty of it myself!
In an attempt – a futile one as it turned out – to help people with mild-moderate anxiety PREVENT anxiety from becoming severe, I put a FREE intervention online that, had they used it, stops anxiety and reduces it to nothing. Only FOUR people used it successfully – their anxiety reduced to normal levels from being close to severe. Others didn’t even start or they used the intervention even though it was inappropriate in their particular case i.e. they hadn’t met the criteria in the first place. As a result, the online anxiety intervention (for any level of anxiety) is available but must be used with therapist support. View the Intervention here
Just recently, a blatant example of waiting for symptoms to get worse hit me between the eyes! A lady contacted me SO DISTRESSED by her tinnitus, had been to ENT who told her it was tinnitus and nothing could be done (making her even worse of course – see the earlier blog about this here); she had even been to see a CBT therapist who – not unusually knew nothing about tinnitus and the lady felt even worse after that visit than she did before!
By chance, she had met an old patient I had worked with who told her about me and how I had helped her. The lady contacted me, completed measures (for tinnitus distress and anxiety) all of which were severe, and said she’d like to have an assessment.
Oddly, I heard nothing more from her for several weeks, so I contacted her. When she replied, it was to say she was feeling a bit better now so didn’t need any help.
This is but one example. During the 17 years I worked in the NHS, I saw this happen time and again, and eventually everyone ended up coming back – the longest was one year later.
Dealing with Anxiety and Tinnitus Management are NOT just for when symptoms have become UNMANAGEABLE. Use it before it gets so bad. In fact, that is one reason for there being a Self-directed version of the Tinnitus E-Programme for those with only mild tinnitus distress (THI score 18-36). I’ve removed the Self-Directed Anxiety intervention for the reasons discussed above.
Catch anxiety and/or tinnitus before it becomes the insidious problem that it can for so many. Tinnitus distress is inextricably linked with anxiety anyway.
Why wait until you are feeling SO ill, when management of it is much harder than it would have been had it been tackled earlier.
I know we all do it and I know very few of you will take any notice of this blog. But if it helps just one person, then I guess it will have been worth it.
VIEW Tinnitus E-Programme
VIEW Anxiety Intervention 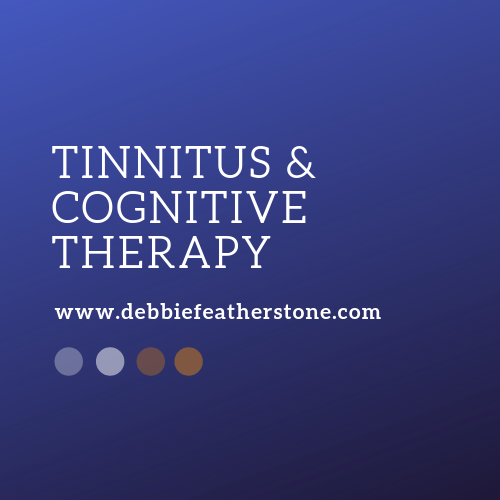